The Kawerau King of the Mountain documentary has been our most ambitious project to date. We were initially asked by the Kawerau District Council to produce a short 5 minute promotional video for the 2014 race. But after filming the event and witnessing for ourselves just how much energy so many people put into organising and running the race, we decided that a short teaser video would not do it justice. As a result, the project has grown drastically over the past 12 months. The resulting 25 minute documentary covering the last 60 years of the iconic event is nothing short of epic. 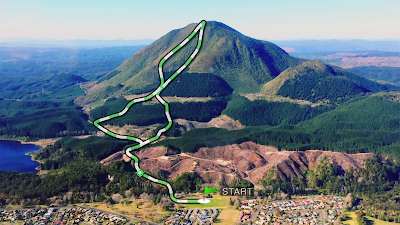 Shooting the event was the easy part. It took a crew of 5 camera operators on race day to shoot more than 300 gigabytes (and over 4000 individual clips) of footage. 3 additional operators provided extra interview and race footage during the course of the documentary's editing phase. On top of the race footage, we shot 17 interviews with various runners, organisers, record holders, and even high ranking officials such as the Mayor of Kawerau. Each of these people had an important role to play in the mountain race at some point over the past 60 years of the event, and were vital to telling its story. 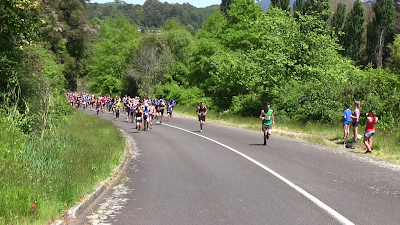 The editing is where most of our time was spent. Crafting a story from so much raw footage and hours of interviews is an intensive process. We wanted to really capture the spirit of such an iconic and inspirational event, so we did not rush it. More than 5 months was spent in the editing phase, and the video went through more than a few iterations. But with a great deal of help from Lee Barton from the Kawerau District Council (who was our acting associate director), we managed to pull it off just days before the 2015 event was due to kick off. And today almost 12 months after we originally shot the event, the video has been released online for all to see. 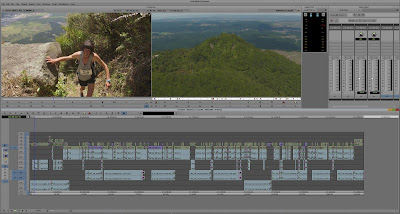 I've learnt a great deal about this amazing event over the past 12 months. This is a project that has taken a great deal of time, but seeing the end result makes the hard work worth it. If watching our video can inspire just one person to take up the challenge and run up that mountain, then we will have done our job well.

Below you can view the documentary. We love to hear your feedback, so feel free to leave a comment or get in touch - info@ninmoproductions.co.nz.

Also make sure to like us on Facebook to get updates on our many upcoming projects.
https://www.facebook.com/NinmoProductions/

And if you're feeling adventurous - head on over to Kawerau on Saturday the 31st of October to check out the race and watch the documentary on the big screen.

Our day out at The Hillary

At 02:30 on Saturday March 14th, myself and a crew of three departed Hamilton for the Waitakere Ranges near Auckland. When we arrived at the Arataki Visitor Center at 05:00 (after a quick stop at BP for a caffeine hit), the start line gantry was being setup and a few runners were already milling around nervously. It was a clear, calm morning and the day ahead promised to be stunning, even with Cyclone Pam's impending arrival later in the evening. The now annual Hillary Trail run was about to take place. 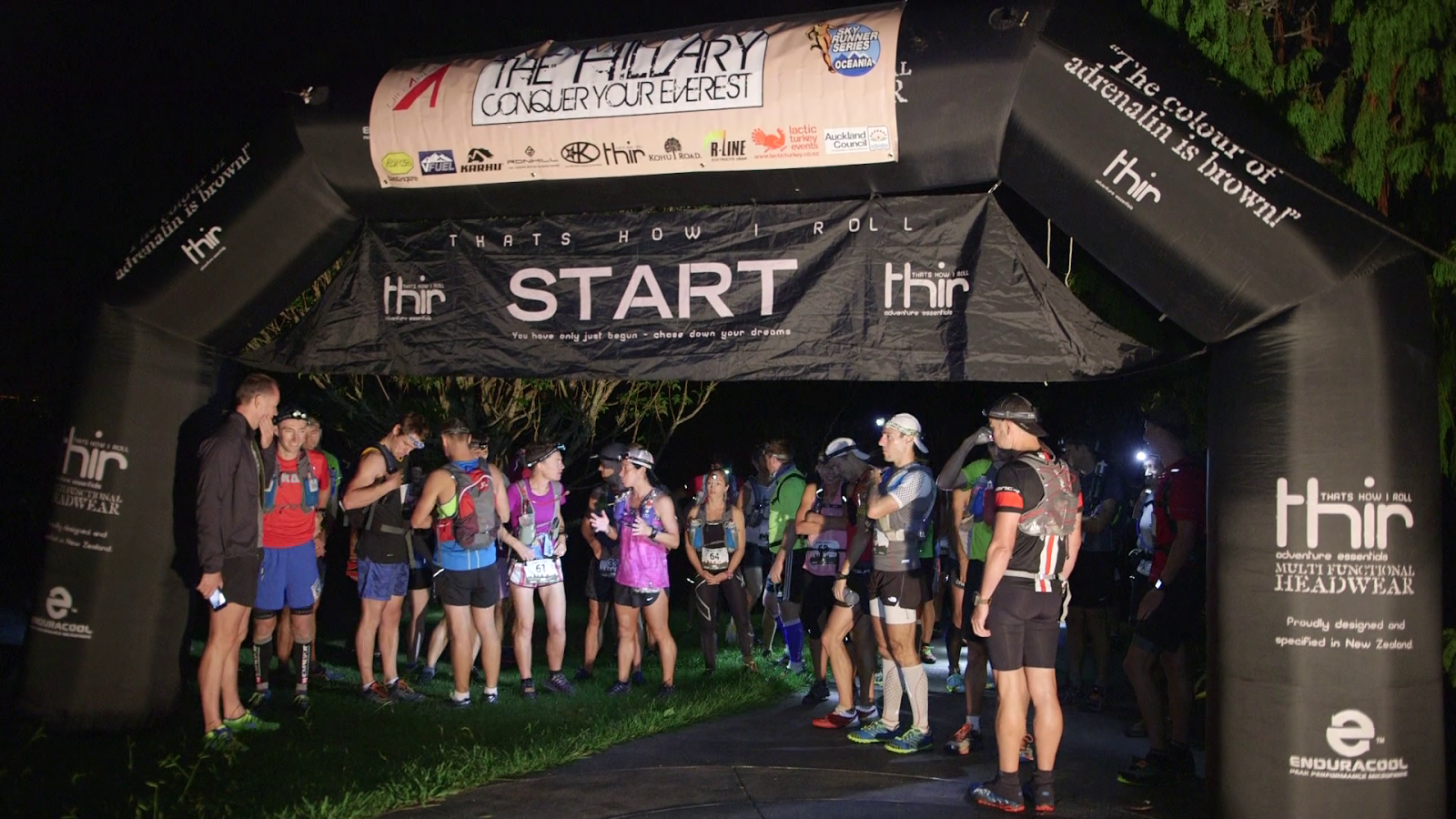 Our crew consisted of Andrew and myself on primary cameras, Murray piloting the drone, and Jason remotely controlling the drone's 4K camera. Our day had been meticulously planned down to the minute. We had over two hundred kilometres to cover between the visitor center and the finish line, which for the runners was a gruelling (but spectacular) 80 kilometers away in Muriwai. 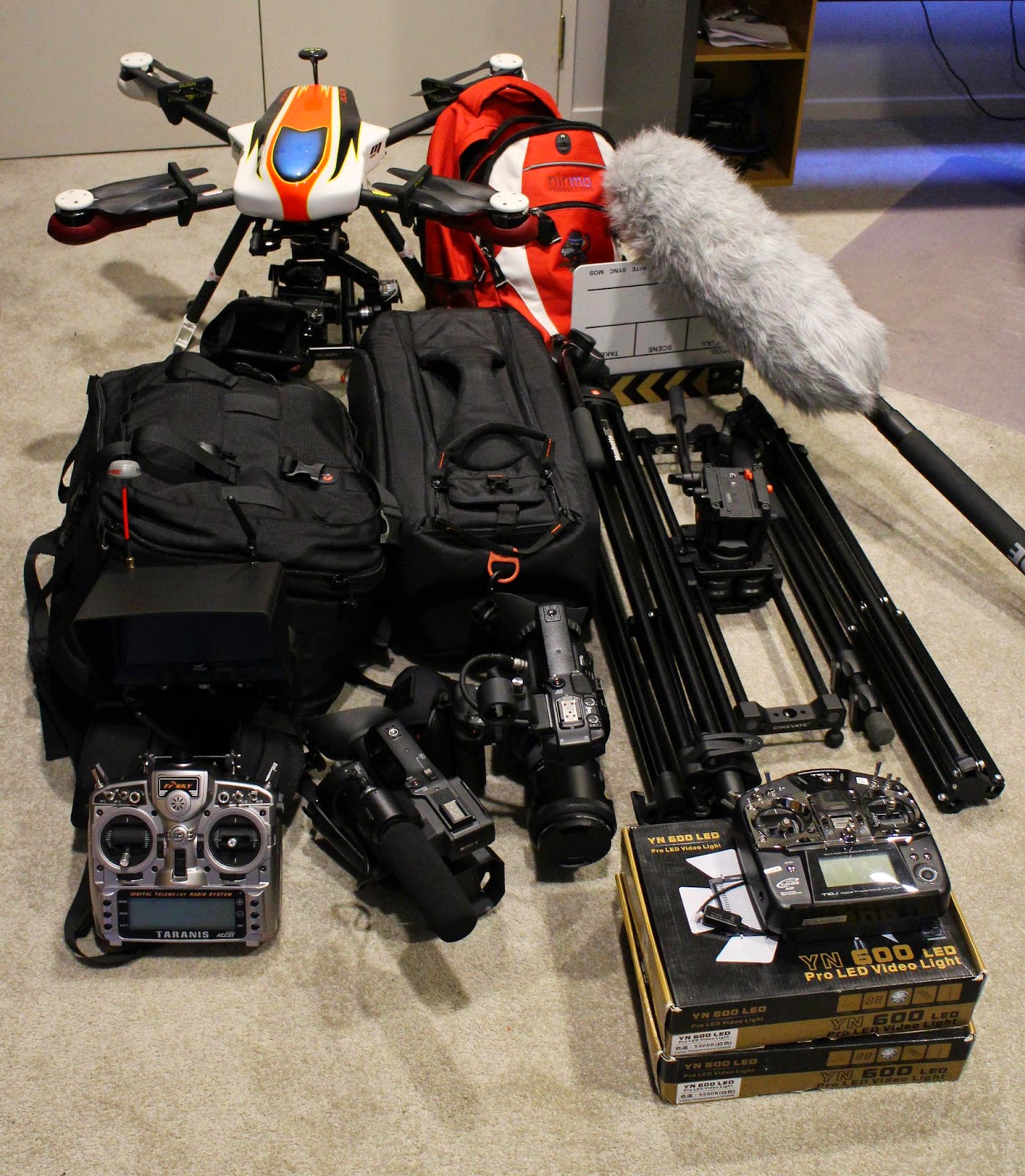 Two cars were packed to the brim with video gear, including a large drone with a 4K camera, real-time video monitoring equipment, three professional video cameras, audio and lighting gear, tripods and stabilisers, various cans of caffeinated liquid, and enough snacks to get us through the day (hopefully).

The event kicked off with race director Shaun's briefing to the large group of excited runners, followed by a few inspiring words from the daughter of Sir Edmund Hillary, Sarah Hillary (whose name lends itself to the Hillary Trail and the event).

After a short walk to the start line and a quick countdown, it was all go as the fifty or so runners blasted off into the night.

Once the runners were out of sight, we shot a quick interview with Sarah and then packed up our gear and headed to our first location, an aid station on Huia Road. We would be pushing the clock for the rest of the day. The drone took some time to get in the air, and batteries would have to be recharged frequently. This is where our dedicated drone operators came in handy, leaving Andrew and myself free to capture the event from ground level.


Unfortunately it's not uncommon for things to go wrong on a big shoot like this one (especially when I'm left in charge of packing the car), and today was no exception. The first issue arose when we realised that I had left the battery charge cable for the drone back in Hamilton. The two massive batteries only provide an 8-10 minute flight time for the 6.5 kilogram drone, so charging them after each flight was essential. Fortunately, our combined electrical "skills" prevailed, and we were able to MacGyver up a temporary (albeit crude) charging solution. It's a mistake I (probably) won't make again. 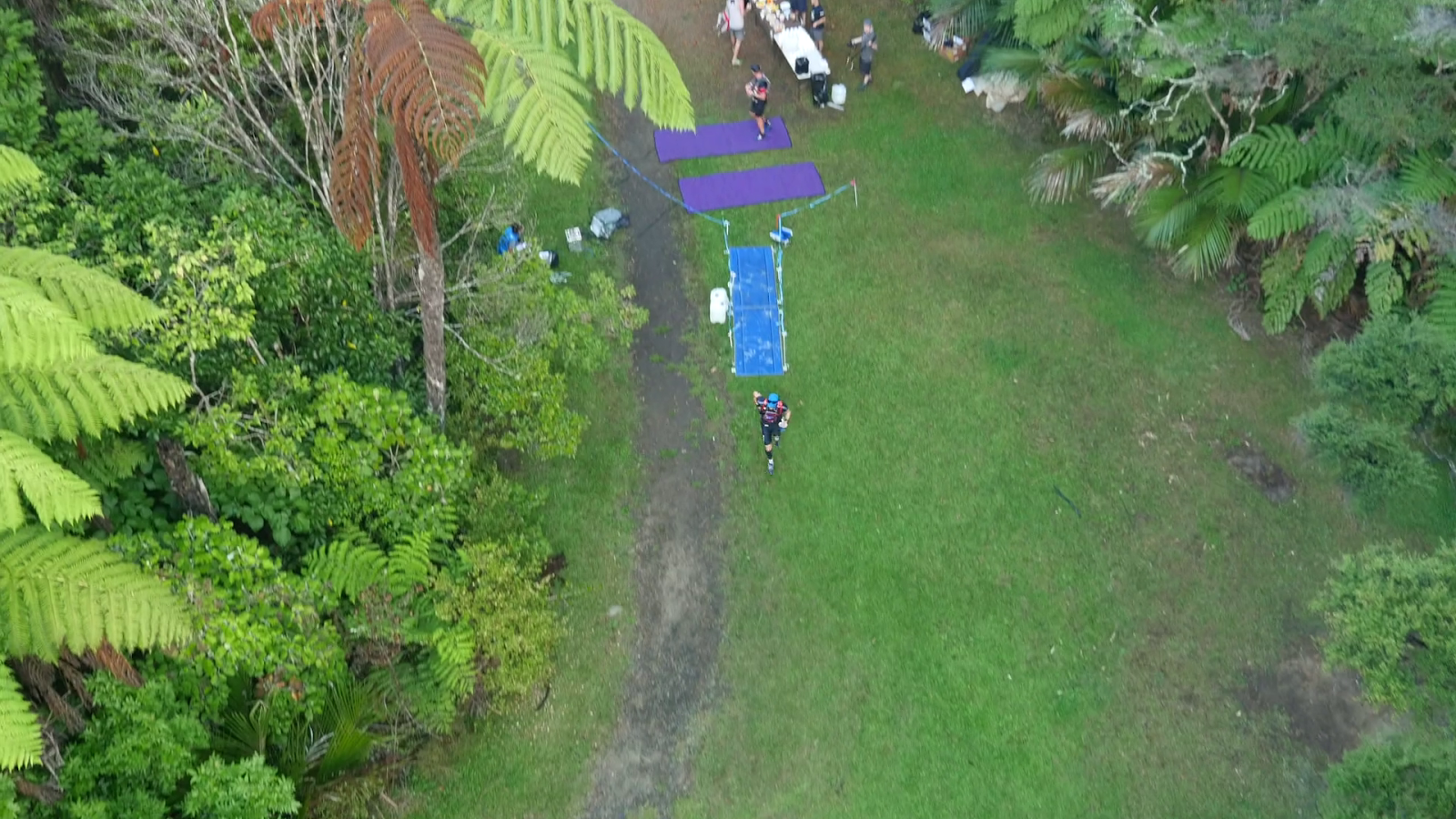 The time spent on the cable introduced another issue - we were going to be cutting it fine to make it to the next location in time to catch the lead runners. So after frantically packing our gear and almost forgetting Jason, we jumped into our cars and I led the convoy (courtesy of Google Maps) out of the Huia Road aid station and northbound for Karekare.
It wasn't until about twenty minutes of tedious gravel road later that I glanced at the map on my phone and noticed that we were about to come to a dead end in the middle of nowhere. The usually helpful Google Maps was silently informing us that we'd taken a wrong turn out of the aid station, and to do a U-turn when possible. Our "cutting it fine" had just become "probably screwed". 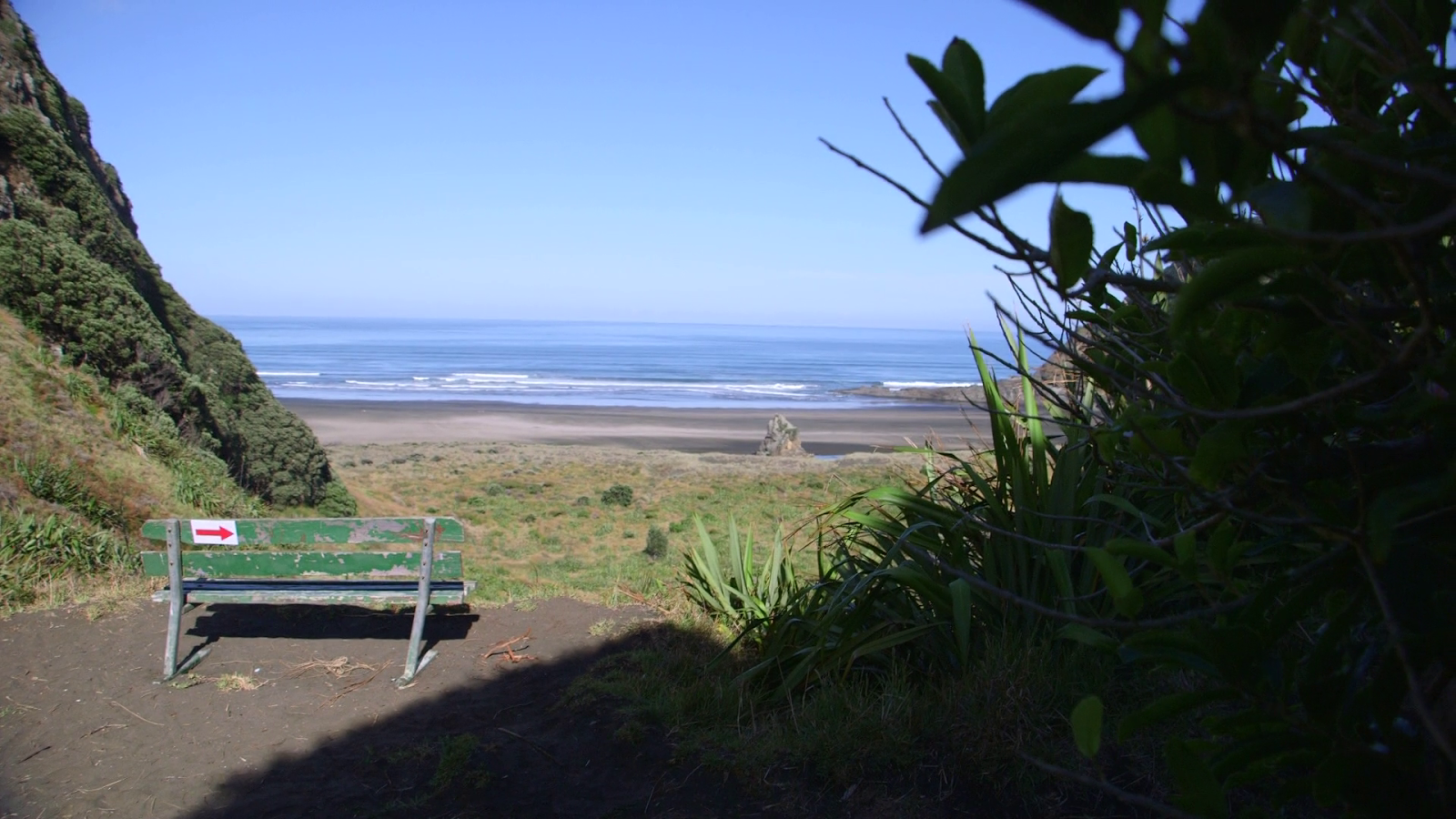 One hour and no* broken speed limits later, we somehow made it to Karekare with about 5 minutes to spare before the lead runners were due to pass through the area. And after finding a car park and partaking in a bit of light sprinting, we arrived at the Comans Track lookout with about 2 minutes to spare before the first runner came blasting through. Just enough time to set up our cameras and press record.

Next up on the itinerary was the 34km start on Piha Beach. The descent into Piha offered up some of the most stunning views so far. We even found time to stop and take the drone up to capture the photo below. Unfortunately, an elderly lady shrieking at us about "disturbing the peace" prompted us to land and head down the hill.

Once at the bottom, we were greeted by the gorgeous Piha Beach. It's days like these that remind me how lucky I am to do this for a job. 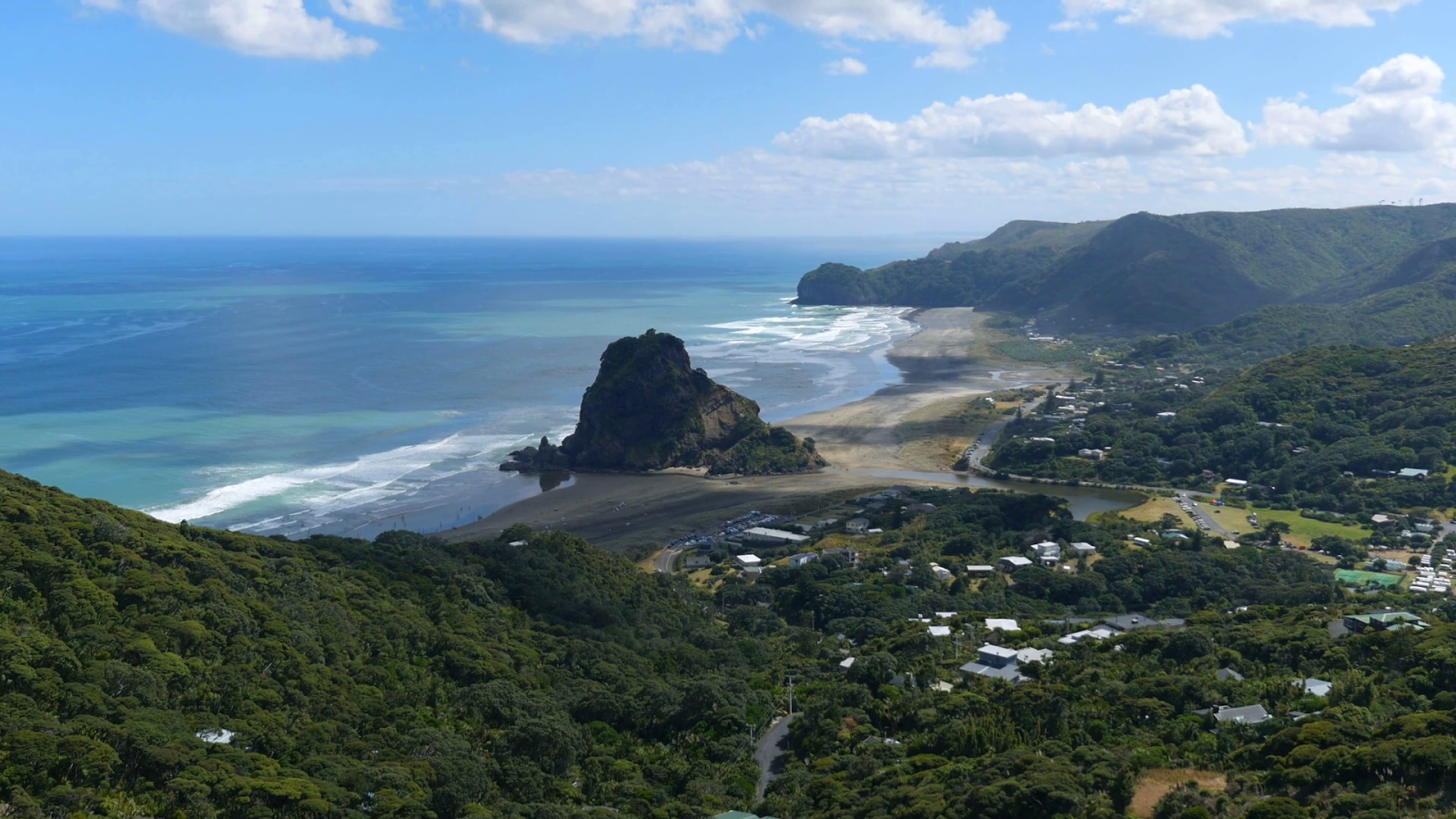 The 34km start saw another 100+ runners head off down the beach. After getting some great shots (from both the ground and the sky) and then cramming in some lunch, it was off to Muriwai to prepare for the finish. At this point our crew split up and Andrew headed off to shoot at a few more locations, including Kitekite falls and the 16km start at Bethells. We'd be meeting up again later in the afternoon at the finish line. 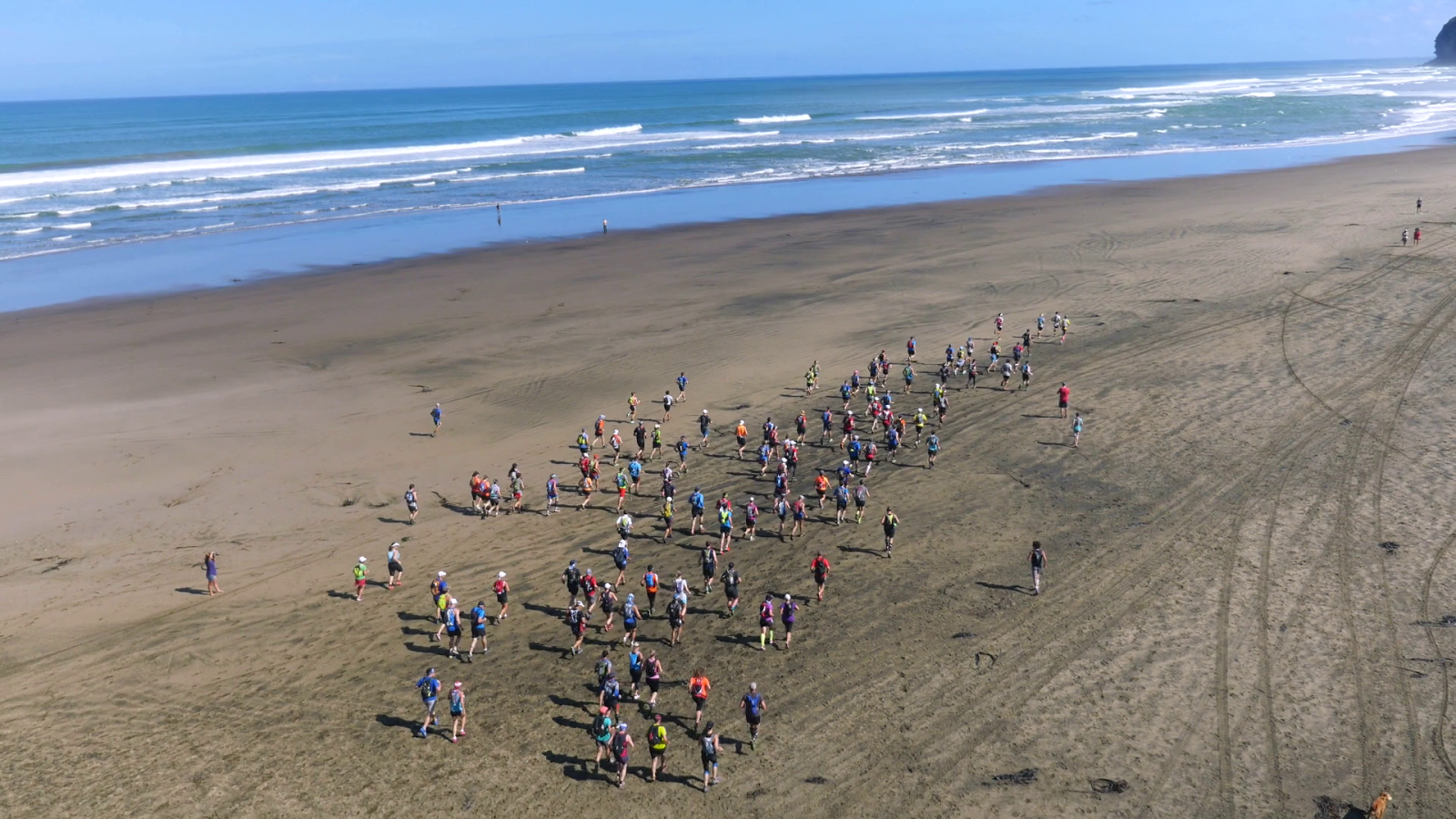 Due to the traffic and the winding roads, the 60km drive to Muriwai took us well over an hour. But we got there in time to catch Andrius Romanus flying through the finish line around 8 hours and 23 minutes after he started, taking out last year's record.

The next hour or so was spent shooting the incoming runners, and organising interviews with some of the winners. When Andrew arrived at the finish, it was time for me to head down Muriwai Beach to climb the famous Te Henga Walkway. The walkway spans from Bethells Beach to Muriwai Beach, and provides some spectacular views out over the Tasman Sea. 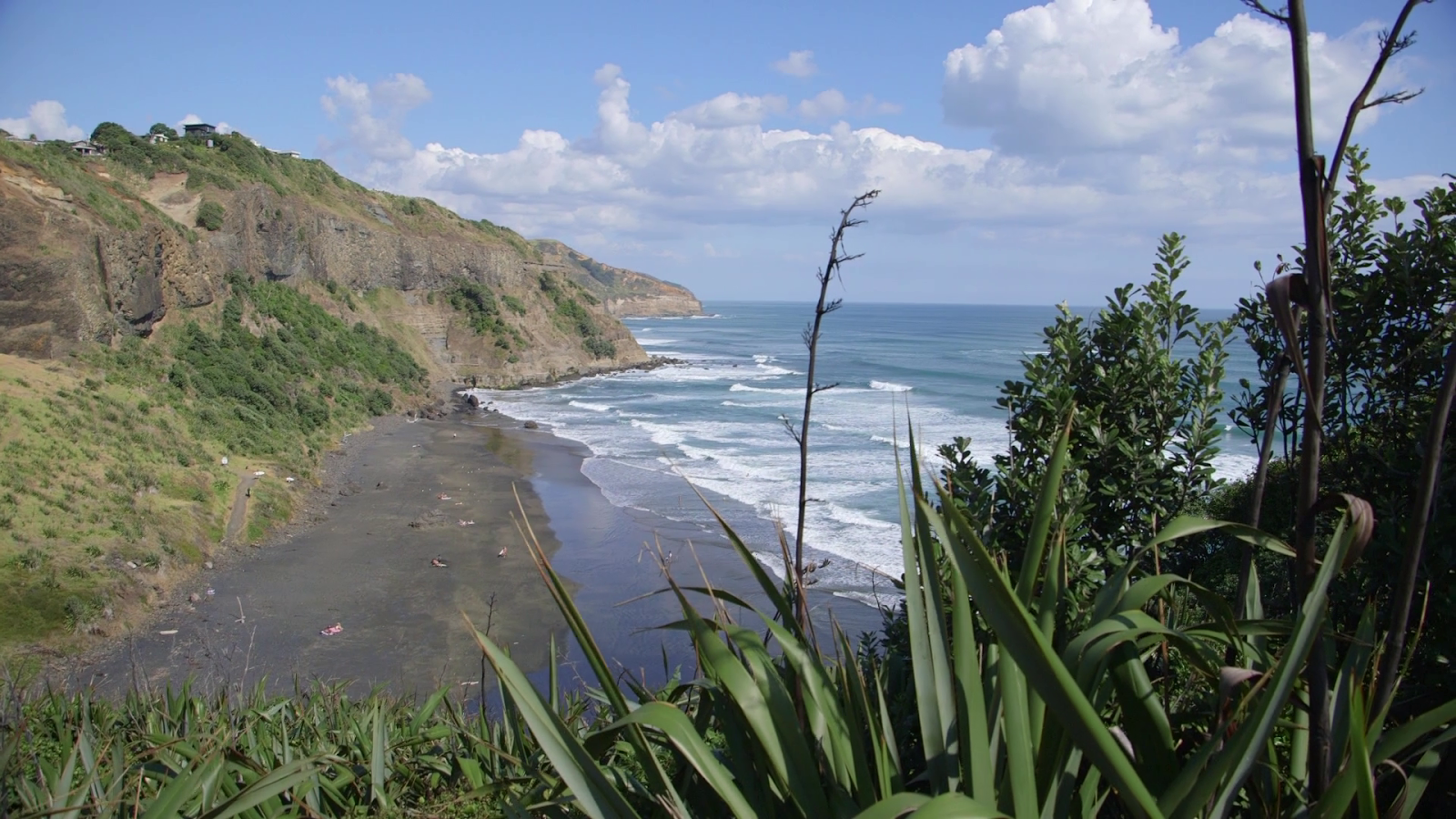 At this point, more and more runners were starting to trickle through, so it provided a good opportunity to fill up my remaining memory cards and exhaust my camera batteries. The sun was sweltering and the temperature was pushing mid-twenties, and I could see the runners were feeling the heat. Cyclone Pam was definitely nowhere to be seen.

Sleep came at around 23:30 after getting home, inhaling a couple of beers and editing a short teaser for Shaun to show at prize giving the next morning.

Overall, we had a fantastic day. The trail holds some of the most stunning scenery I have come across in NZ. And the people are fantastic. Even in the tough conditions, every runner we saw gave us a wave and a smile. We have a ton of amazing footage that we're really looking forward to sticking together. But for now, here's a teaser that I whipped up to keep you all going.


See you at the next one.